I remember waking up on the morning of October 31st, 2016.  I woke the children and got them ready for school like normal.  Then after they were gone, I got dressed like I was headed to a funeral.  I put on a pretty black blouse and black pants and then my parents pulled into the driveway to take me to the courthouse.

6 weeks prior, I had a similar morning.  I woke the children and got them ready for school like normal. Then after they were gone, I put on a black dress, high heels and my husband pulled into the driveway in his pick up truck. He took me downtown to his lawyers office.  He was a gentlemen – getting the doors for me and there we signed the official dissolution and affidavits to file for our divorce.  My husband had written up a dissolution and I had agreed to release him from our marriage because he was in love with another woman – and so our divorce moved forward quickly.

Back at the house, after we filed – we stood for a long time in the kitchen hugging.  None of this made sense. He appeared to still have love in his heart for me but he continued to move forward with the divorce.

At the courthouse on the day of our divorce, my husband arrived alone in the waiting area and we smiled and greeted each other politely.  It was awkward.  My parents deeply loved him and they had not seen him much in the previous 10 months since he had left me.

After about 30 minutes of waiting, our lawyers came and got us and we entered into the judges chamber, where we sat at a long table.  I could not see his face.  The judge asked us each a series of questions and then within about 5 minutes – the gavel came down and our divorce was final.

In that moment…our marriage died.

I stood up with shaky legs and walked out trying to be as strong and confident as I could be.

I could have easily fallen on the floor in a puddle of tears or ran to the bathroom to throw up but this was not the time or the place.  And so, together we walked to the elevator and the four of us entered and awkwardly stood as we waited to arrive on the first floor.

Once we stepped out of the elevator, we walked through the lobby out to the city street and there my now ex-husband and I, looked each other in the eye and we said a very weak goodbye.  There was sadness in his eyes and I wanted to hug him but it did not seem right that I attempt to comfort him, while he was divorcing me.  And so, he turned and walked straight ahead crossing the street and I turned the opposite way and walked with my parents to their car.

That morning, our marriage of 19 years died and the man I had loved for 24 years walked away onto a new life path, separate from mine.

The year leading up to this day had been excruciating.

There is no way that this keyboard can type and express the level of pain and heartache the previous year held. Someday I might tell those stories but for now…just know that there was not a lot of yelling and screaming or crazy…there were long level headed discussions in the kitchen about finances and the kids and what the future would look like.

If you were to be a fly on the wall in our house that year, you would have seen him coming regularly to the house to visit the kids…and me. He would lay on the couch, while I cooked dinner and we would talk for hours or he would lay on the floor and play with the dog, while talking with the kids about their day, watching sports and drinking his sweet tea.  Then he would leave.

We went on an overnight family trip to a water slide park and amusement park.   We talked, laughed and enjoyed ourselves as a family for those two days. We sat in a hot tub at the hotel talking about life – our past, our present, and our future.  But it was slowly slipping away…two best friends becoming two strangers.

Sometimes I thought we were almost there – like he was coming home. He would stay the night and be emotional about his choice to leave…but then inevitably he’d be lured away once again. I was always one to follow his lead and since I knew another woman was involved – a woman I had known for 10 years, I knew exactly what I was up against and that I was on the losing end of this. But I did not want the divorce.

The day after our divorce was final, he left town and bought a home a couple states away and a new life of being a single mom began. He comes regularly still to visit and has a place nearby as well, but mostly – it’s just me and the kids doing life these days.

While the year of 2016 was the most painful year of my life – it did not hold a candle to how crazy of a roller coaster ride our family would be on in 2017.  Oh friends, I wish I could tell all the stories but it’s best I don’t.

But I’ll share a little about my own heart struggles next time.

Until then – know this…

When the bottom falls out…

God is the rock at the bottom.

“Even though I walk through the darkest valley,
I will fear no evil,
for you are with me;
your rod and your staff,
they comfort me.”
~Psalm 23:4

If you are in a dark valley right now – do not give way to fear. God is with you. Let his presence be your comfort.

He loves you so.

Until next time — Keep walking with the King.

View all posts by Courtney 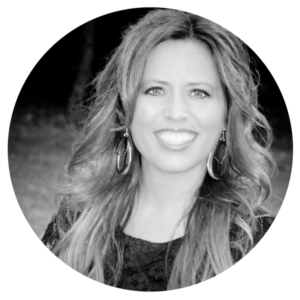 Hi! I’m Courtney and you can find me most days over at:
WomenLivingWell.org.
This blog is an informal, unfiltered space where we can grab a cup of coffee together and hang out.

Join Me Here Too